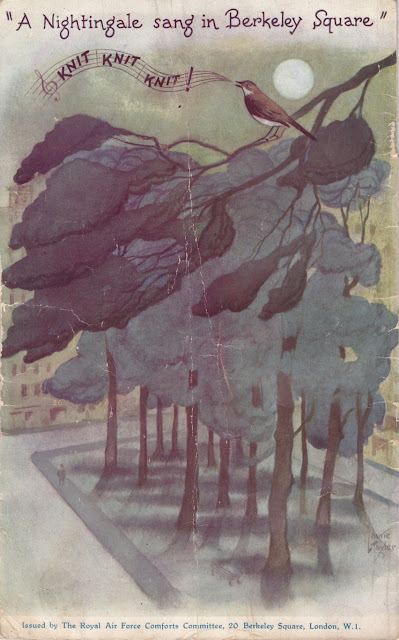 Browsing through vintage knitting patterns this afternoon I found this beautiful illustration on the back cover of “Knitting for the R.A.F” published by the Royal Air Force Comforts Committee, based at 20 Berkeley Square, London. 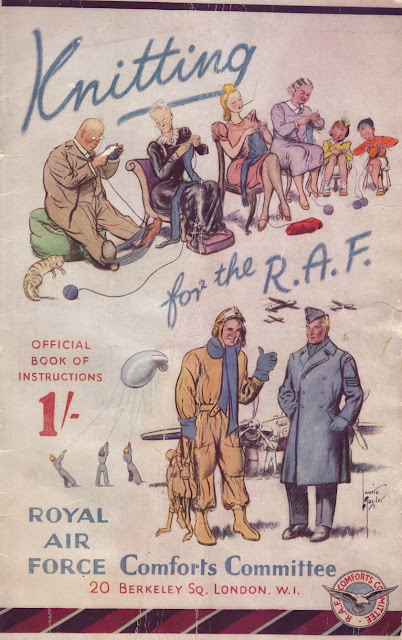 Ration coupon-free wool could be obtained by ‘Working Parties’ of at least 10 people, on the understanding that all items made from the wool would be for the Royal Air Force and would be sent directly to the Comforts Committee. An official Registration Certificate would be issue to the group on receipt of a Form of Guarantee, which had to be signed to acknowledge the undertaking being given. 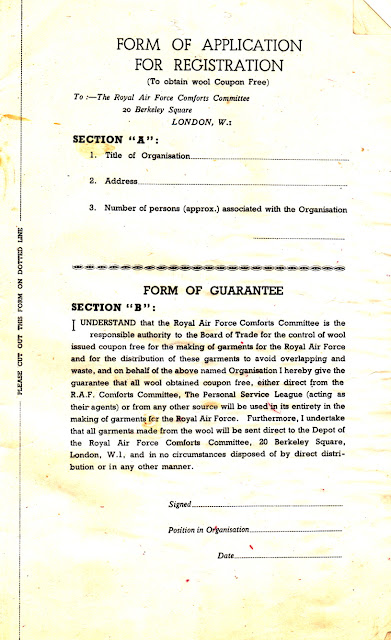 The Comforts Committee was established by the Air Council in 1939 with the following purposes:

1. To ascertain the requirements of the Royal Air Force in both patterns and quantities of comforts required.

2. To arrange for the collection and storage of gifts in kind made to the Royal Air Force and to use cash donations to their best advantage.

3. To supervise the distribution of comforts within the Royal Air Force so as to ensure fairness and economy.

The bit I really ‘like’ is this: “The Committee consists of representatives of the Departments of the Air Ministry directly concerned with the welfare of the Royal Air Force, ‘assisted by two lady members’.
Now I am only guessing, but I would imagine the two lady members probably did a little more than assist the Committee and yet even in the pattern booklet itself the airwomen of the W.A.A.F. are portrayed in a rather stereotypical fashion.

Whilst there is no doubting this is a great sketch it seems somehow inappropriate to depict a member of the armed forces plumping up a pillow or possibly sewing something in a suggestive manner to illustrate the knitting pattern in question, or here, hopefully, playing leap frog? 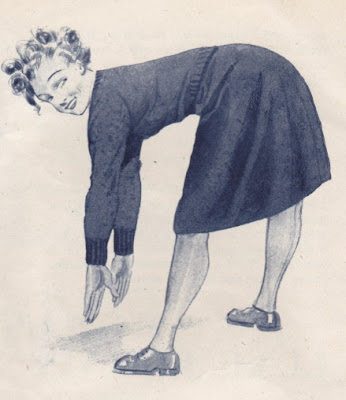 To balance this though this airman is shown comically yet still manfully, endeavouring to darn his socks! 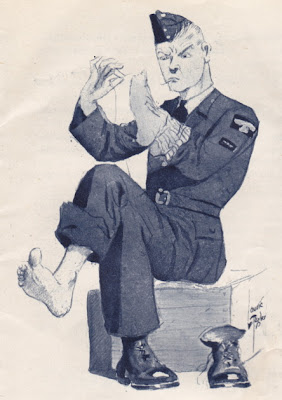 I love this booklet nonetheless and it certainly wouldn’t be true to the period if there wasn’t a little bit of condescension thrown in here and there. 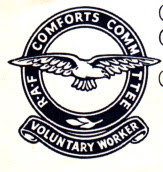 To encourage participation and involvement the scheme provided an enamel badge to each ‘Working Party’ registered, with additional badges available at the cost of one shilling. Heads of working parties were encouraged to only allow party members to acquire a badge if they contributed around a 100 hours of their time to the Comforts Committee.

Acknowledgement slips were attached to each knitted item so that the airman or airwoman receiving it could respond in person if they so wished. The whole scheme itself is incredibly practical and well organized, ensuring that the best use was made of limited resources and people’s efforts and desire to help. Finally to spur knitters on further, there was a letter from the Secretary of State for Air no less entreating and thanking knitters for their efforts. 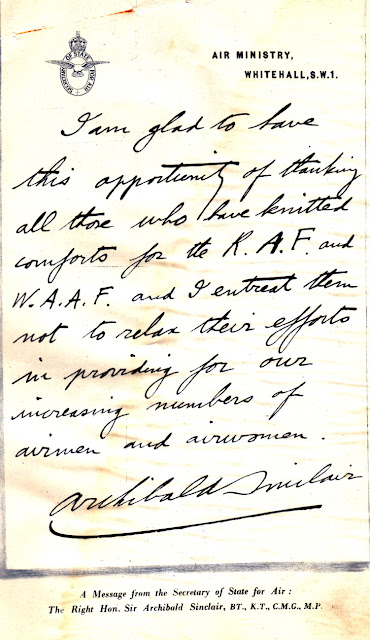