Today sees the arrival of the first of several new patterns all featuring Excelana. This first design was originally available in Knitting magazine two years ago now and has now been rewritten, re-edited and re-knitted to use Excelana 4 ply.  So let me introduce Perrault.

There is no mistaking the Little Red Riding Hood influences in this sumptuous jacket but I didn’t want to be too obvious with the name. So after a surprisingly long time I finally thought of the name, Perrault, after Charles Perrault whose collection of fairy stories featuring Little Red Riding-Hood was first published in 1697. The collection was entitled Histoires ou Contes due temps passe. Avec de Moralitez – this was first translated and published in english in 1729. In the original story, Little Red Riding-Hood is called Biddy which unfortunately didn’t appeal as a design name! I desperately wanted the design name to have the connection as the Little Red Riding-Hood story has been important to me for so long, particularly when it was re-worked into Company of Wolves by Angela Carter and the significance of the story finally became clear. But finally the penny dropped and my design finally had a name.

The jacket is knitted in one piece to the underarm where the fronts and back are then divided and knitted separately. 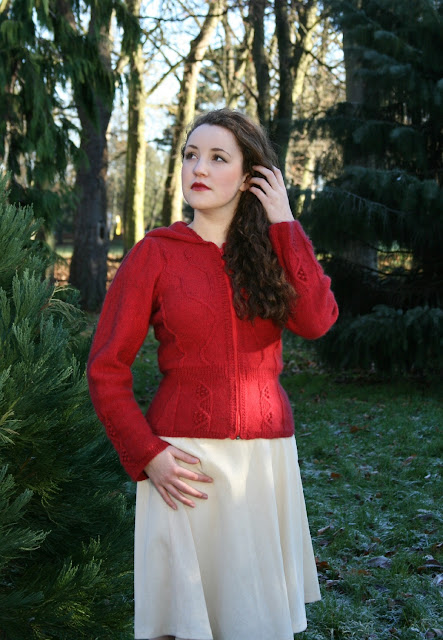 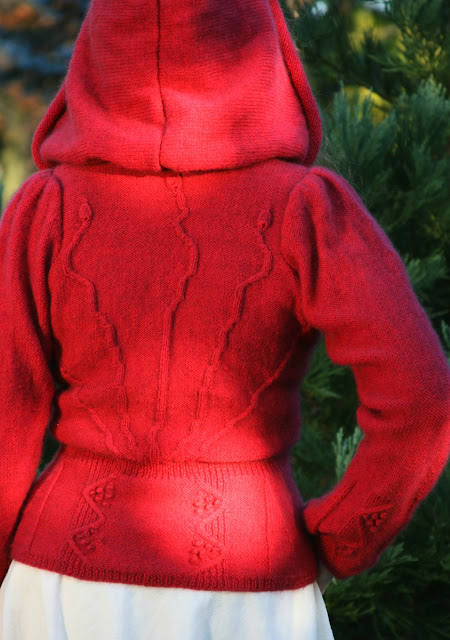 The peplum is discreetly shaped within the pattern leading to a ribbed waistband. The main cabled pattern continues up each front and the back with the surrounding stitches worked in reverse stocking stitch throughout. 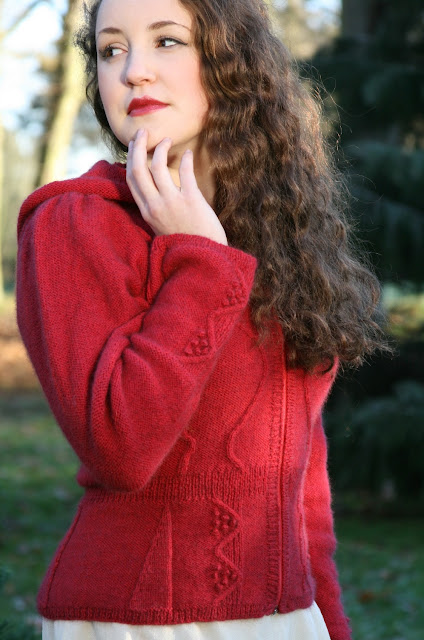 The sleeves are knitted separately with cuff detail to match the peplum. They are then gently gathered at the shoulder to allow room for another garment to be worn underneath. 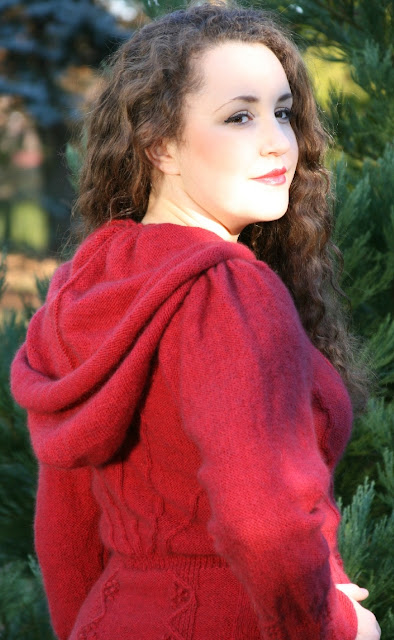 The hood is worked in one piece and is gathered at the back to create a truly fairy tale style hood. 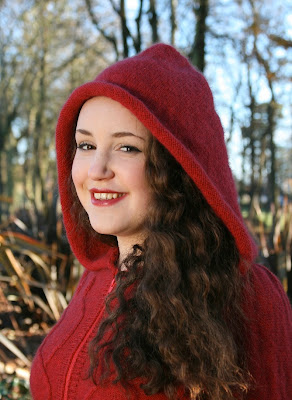 An open ended zip is sewn in to bring the design up to date and make it a truly useful piece in your wardrobe.

The pattern contains a combination of charted and written instructions.

Sizes are available to fit as follows:

Materials needed are as follows:

and you can purchase Excelana here
And so to finish as did Charles Perrault with all his fairy stories – with a moral – from the original Little Red Riding-Hood no less –
From this short story clearly we discern
What conduct all young people ought to learn;
But, above all, those growing ladies fair;
Whose orient rosy blooms begin t’appear:
Who, beauties in the fragrant Spring of age!
With pretty airs young hearts are apt t’engage.
I’ll do they listen to all sorts of tongues,
Since some enchant and lure like sirens’ songs.
It is no wonder then if, overpowered,
So many of them has the Wolf devoured.
The Wolf, I say, for wolves be sure there are
Of every sort and every character.
Some of them mild and gentle-humoured be;
Who – tame, familiar, full of compaisance-
Ogle and leer, languish, cajole and glance,
With luring tongues and language wonderous sweet,
Follow young ladies as they walk the street,
Even to their house and bedside;
And though their true designs they artfully hide,
These simpering wolves; yet, ah! who cannot see
That they most dangerous of all wolves must be?
Charles Perrault 1697