Gavin and I had determined that this year we would not be buying a Christmas tree. The cost and the waste don’t sit comfortably with either of us but equally I’m not a big fan of artificial trees so we decided the time had arrived to come up with something else. As owners of a wood burner we both scavenge and accept offers of wood in return for us taking the said wood away and a couple of months ago Gavin went to an acquaintance’s house to chop up and take away an old dead conifer for them. Whilst waiting for the wood to season I noticed that we had several ideally sized pieces to use as decoration and suggested we make these branches back into a tree of sorts!

So last weekend we began by positioning the first of these branches in the centre of a medium sized planter. 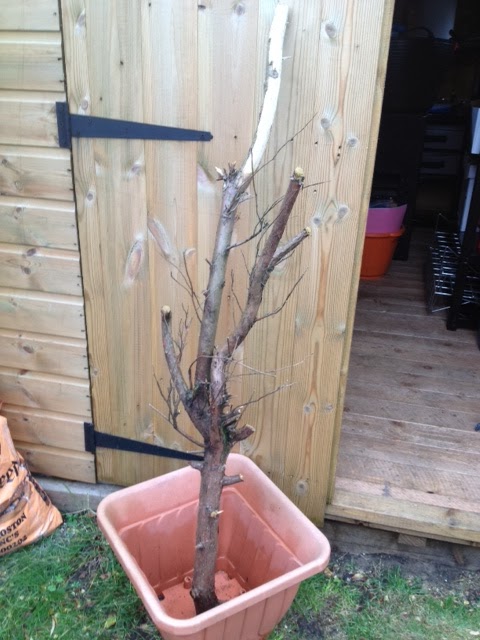 We then arranged two further branches of a similar size around the centre branch along with some smaller branches and twigs. 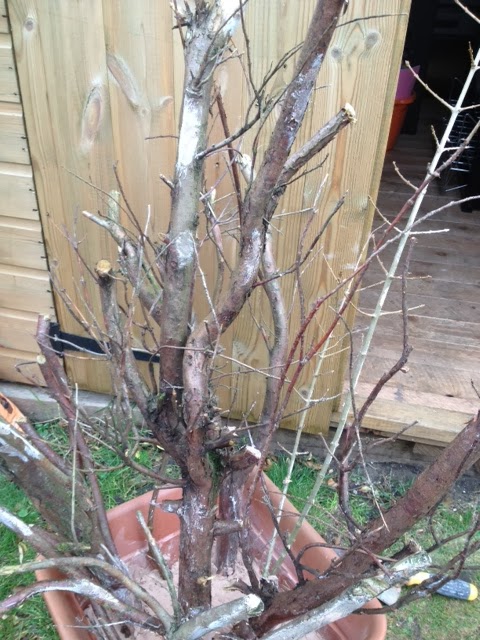 We discussed a few options on how to hold it all in place but ultimately we found a part bag of plaster buried in the shed that was out of date and going off. We mixed this to a very thick consistency in a bucket and then added it to the planter encasing the branches. Within thirty minutes the plaster had set. 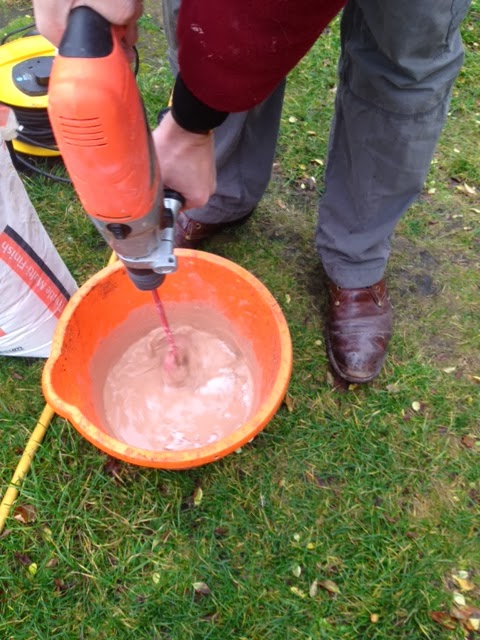 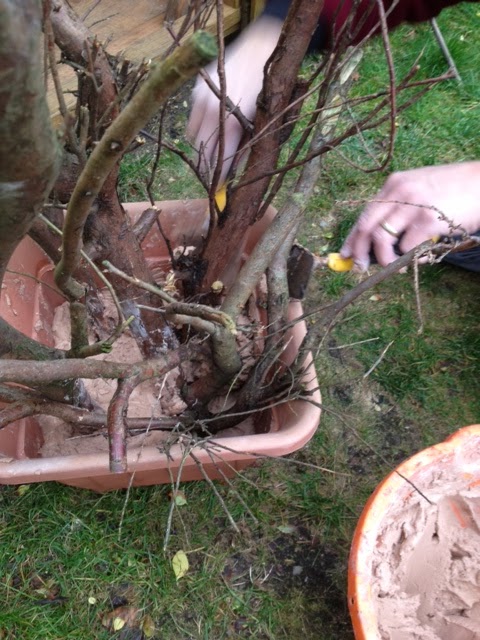 At this point we carried the arrangement inside and put it in position on our sideboard. It fitted beautifully. Any stray branches were clipped away just like with a real tree. 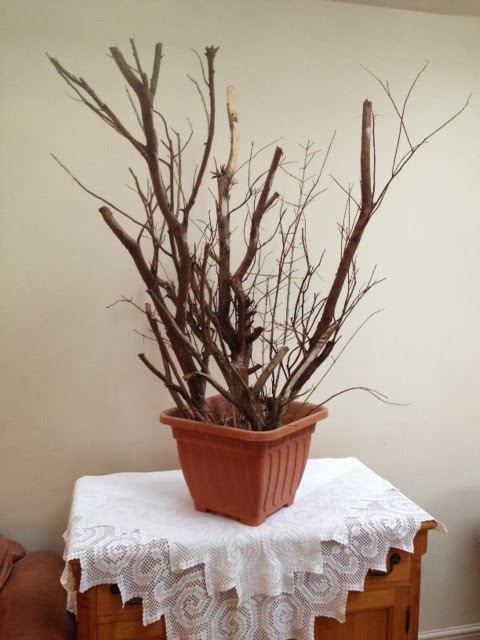 Decorating began with a coat of white undercoat – again found in the shed. We covered the plaster in the paint to resemble snow along with the edge of the planter and sections of the branches. 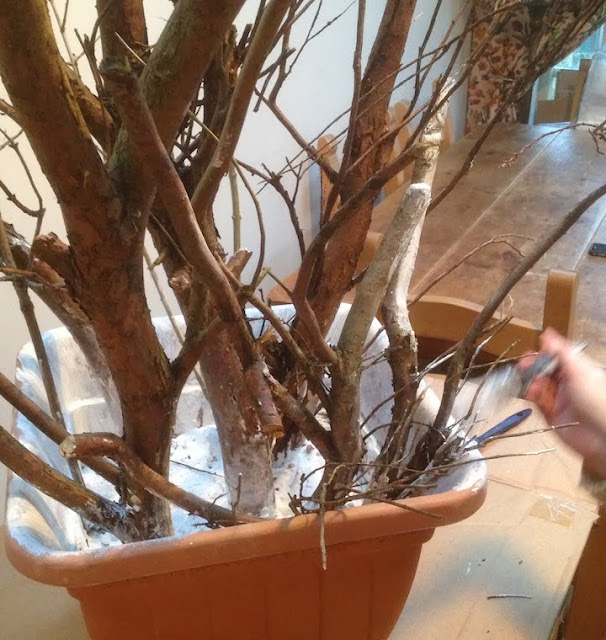 I really like how the branches look with their light dusting of ‘snow’. 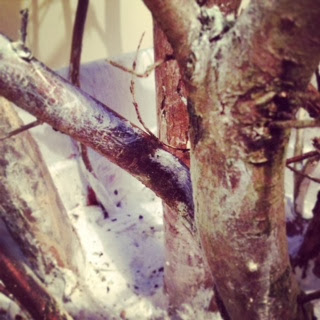 I then rather belatedly decided I didn’t like the colour of the planter so we set about painting it in some green shed paint and the whole thing really began to look very Christmassy. 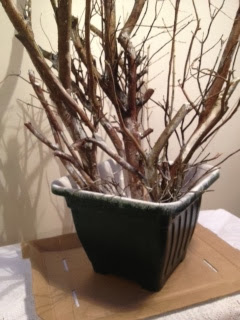 Next came the lights. 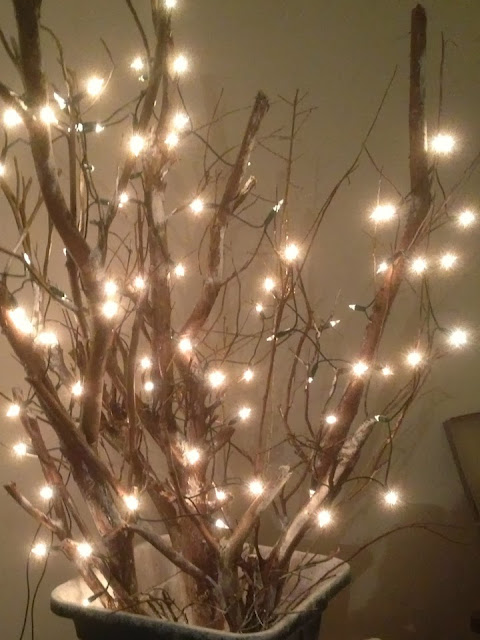 We had a spare set of lights which we wrapped around the branches from within the planter to provide uplighting through the tree which I think works particularly well. And then came the decorations themselves. I already had all the decorations so there was no additional cost involved. Admittedly its not the easiest tree to decorate so its important to pick branches that aren’t too smooth so that you have places to hang the baubles from. 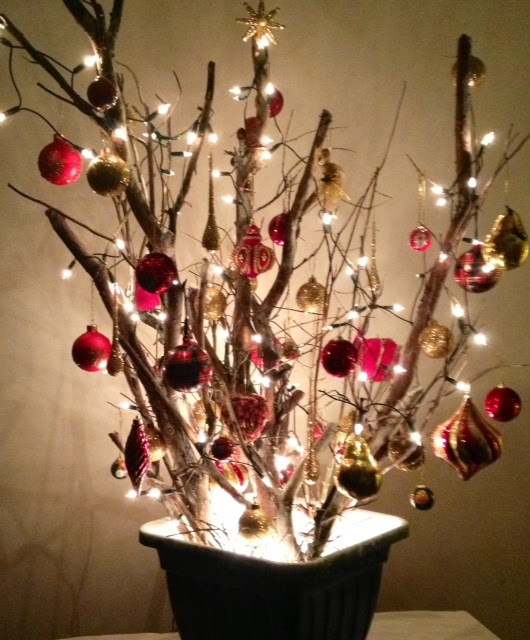 I have to say I am absolutely delighted with the finished results. We already had the lights and the decorations so this year our tree has cost us not a penny and after Christmas we can chop down the branches and put it on the fire. But in the meantime though I’m going to enjoy looking at my unique tree for a little while longer. 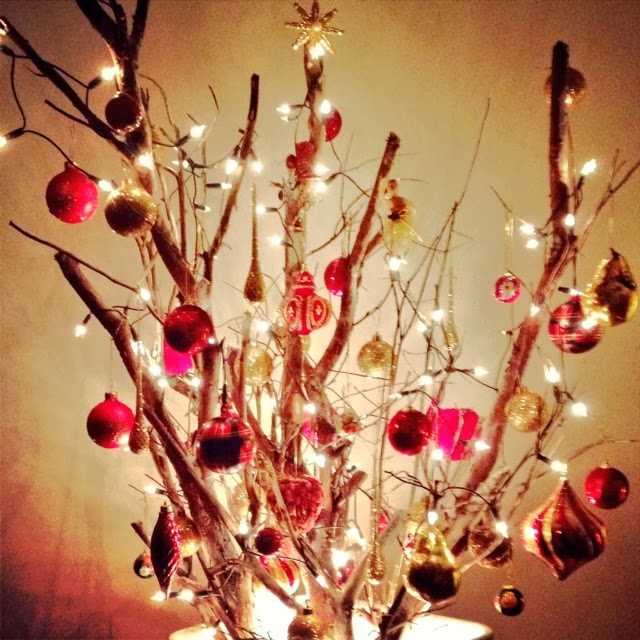 Don’t forget you can still get 15% off products on the website until the end of December by quoting CHRISTMAS13 and hopefully I’ll get the chance to pop back to the blog before Christmas Day but if I don’t I would like to wish everyone a very Merry Christmas and very best wishes for 2014.