Long time readers of my blog will probably remember that I have been very fortunate to spend time at Campo di Mutoid or Mutonia in Italy as a guest of my good friend Woolly Wormhead and the other mutoids. The camp, both legal and rent paying, is under threat from one individual who is attempting to force the local Santarcangelo council into evicting this talented community and destroy the incredible artworks that dominate. Many of the people who live in the camp are talented and respected artists many of whom are commissioned worldwide to create art pieces based on those found at Mutonia. Visitors like myself also cannot help but be inspired by the sculptures and other art pieces at the site.

The Mutoids since their arrival in the 1990s have transformed a derelict industrial site, where machinery was left to rot and rust without any thought to the environment. The Mutoids have used these abandoned materials to create their art, bringing life back into their immediate surroundings but also into the industrial waste itself.

Below are some photos from my trip to Mutonia in 2010 showing the camp and the artforms and also a derelict gravel pit a mile or so up the path from the camp which reveals just how great a transformation has taken place. 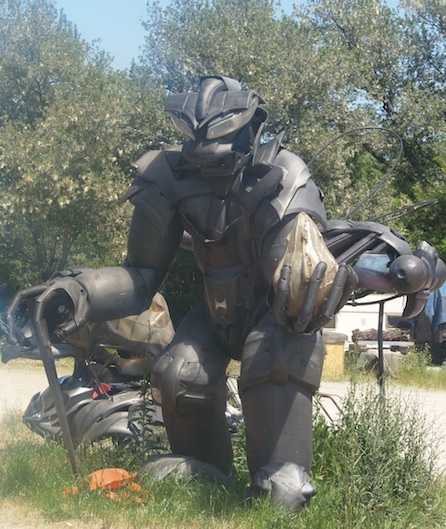 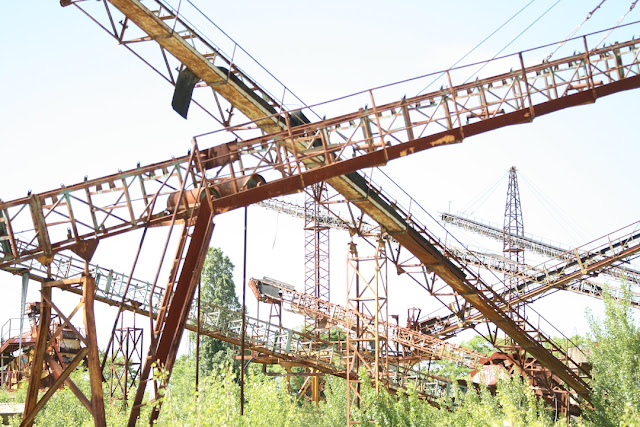 As you can imagine there are a lot of legalities for Mutonia to deal with collectively and individually, with lawyers time to pay for. So to help raise funds for the campaign Woolly has launched an e-book called Hatopia, which is a collection of 10 of her hat patterns all shot on location at Mutonia.

You can view the collection and purchase the book here and by doing so, know that you have helped save Mutonia!

The entire collection costs only £9 with a whopping £7 of each sale being donated to the fund.

To find out more about Mutonia and the campaign go to Woolly’s website here
and also do take time to read this Mutonia statement:

“The Mutoid Waste Company arrived in Santarcangelo di Romagna, Italy in 1990 to perform in that year’s “Festival Dei Teatri”, a renowned annual festival held in the town. From that time on Santarcangelo became a base for the group and it became their home. Their art, their way of life and they themselves became an accepted part of life in Santarcangelo. Over the last 23 years they have increasingly collaborated on projects with local institutions such as schools, and their ties with the local community have strengthened. In recent years some of the Mutoids have chosen the Yard as a safe place to raise their own children.
The Yard is unique: a place that follows the rules whilst living completely outside them, a place that advocates an alternative outlook on life, a place that allows people to discover new things – and it’s wonderful that such a place is considered a true part of Santarcangelo and that the locals readily accept the Yard as part of their community.
Despite these many years of mutually respectful cohabitation there is one voice that has continually spoken against the Mutoids presence; a single objector who now seriously threatens this culturally important phenomenon.
Mutonia is not a campsite (even though its inhabitants live in caravans, buses, trucks and temporary constructions that look more like works of art than houses); it’s not a standard travellers site (although many of its inhabitants have a semi-nomadic lifestyle); and the group have never illegally occupied the land.
In recent years Santarcangelo’s local council has been searching for a solution to the situation, seeking help from other government bodies, with the ultimate aim of declaring the Mutoid Yard as a Site of Cultural Interest.
Unfortunately the Yard currently finds itself under a very real and serious threat of eviction – a reality which would not only destroy this unique community but also disperse its inhabitants and their artwork.” 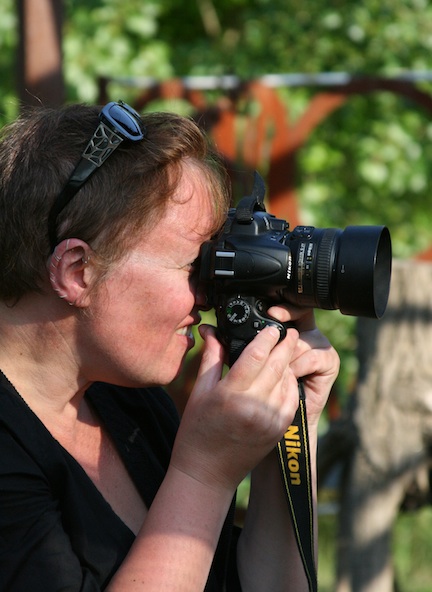 And finally here is a photo of Woolly in the Time Machine itself – inspired herself and inspiring others with her creativity, her vision and her ideals.
for now,
Ruby xx
All images other than Hatopia cover, copyright of Susan Crawford 2010