I just couldn’t resist sharing this amazing knitting pattern I unearthed today whilst sorting through box after box of stuff. 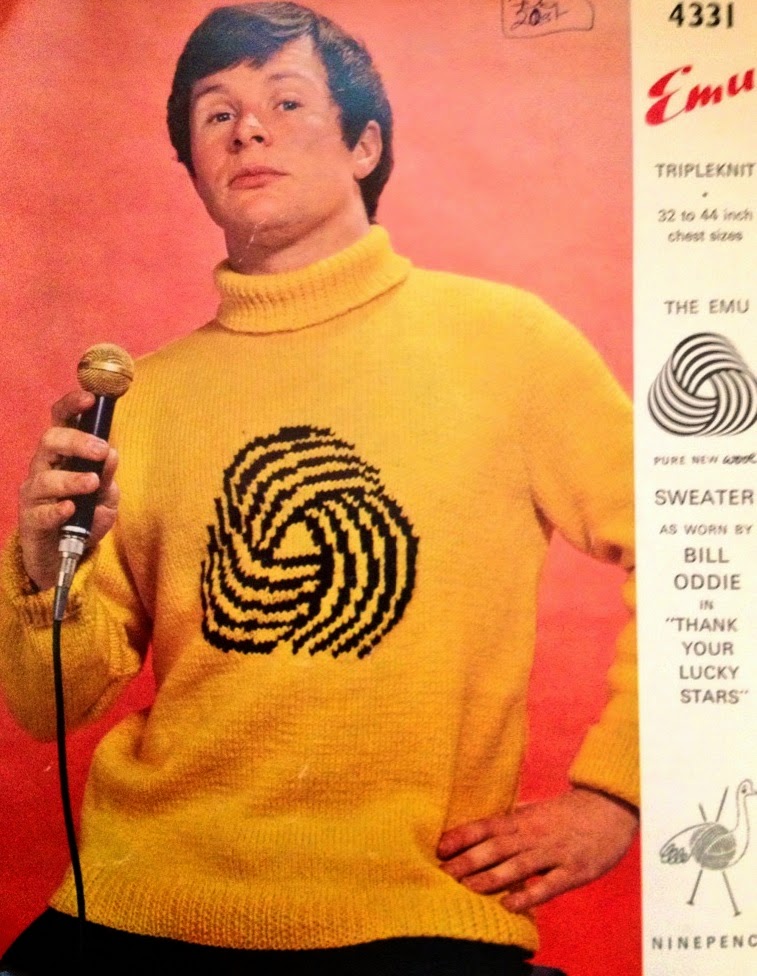 This is the Bill Oddie Knitting Sweater pattern. Knitted in EMU wools ‘Tripleknit’ a pure wool yarn and featuring the pure new wool logo proudly on the front. If any one doesn’t know Bill Oddie, he was one of a trio of comedians known as The Goodies who graced the screens of the BBC for many years combining slap stick, general silliness and songs. The other two Goodies were Tim Brook Taylor and Doctor Graeme Garden. There is still an official Goodies fan site and for anyone who wants a true taste of just how great the Goodies were/are, the BBC are apparently showing an episode from the show on Saturday night as part of the BBC 2 birthday celebrations.

But back to the jumper pattern. Unfortunately the wonderful new wool logo is written out in long hand. Here is an example of one of the rows:

It states on the front cover of the pattern that Bill wore the jumper in “Thank your lucky stars” which was a TV pop show which ran from 1961 to 1966 so I assume the pattern is from sometime between these years. Most interestingly of all though is on the bottom of the pattern is the following: